Do deprivation indices based on means-tested benefits underestimate poverty in neighbourhoods with large minority ethnic populations?

This study was a collaboration between researchers at the University of York, the Bradford Institute for Health Research and CRESH. It compared neighbourhood IDACI scores, based upon social security benefit claims, to socio-economic data collected from families in the Born in Bradford (BiB) cohort study.

This study concludes that income deprivation measures based on means-tested benefits may underestimate deprivation in neighbourhoods with large minority ethnic populations due to the low take-up of benefits among poor families in some ethnic groups.

IDACI is part of the UK Government’s English Indices of Deprivation. It defines income deprivation among children in neighbourhoods in England using a similar methodology to that of the Income Domain of the Index of Multiple Deprivation (IMD) in England and the equivalent indices SIMD in Scotland, WIMD in Wales and NIIMD in Northern Ireland.

The IDACI and IMD benefits-based measures of income deprivation are now widely employed in government policy in the UK. IDACI is commonly used by local authorities to complete the Child Poverty Needs Assessment, an obligation under the 2010 Child Poverty Act.  IDACI and the IMD Income Domains have also increasingly been adopted by academic researchers for use in socio-spatial analysis of health in the UK, in preference to older indices constructed from Census indicators of material and social deprivation.  However, debates about biases in the measurement of neighbourhood deprivation continue. 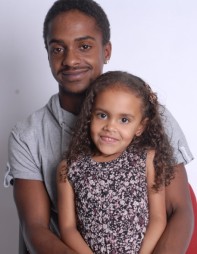 Income deprivation measures based on benefit claims are influenced by variation in take-up among eligible people. Previous research in the UK has suggested that the take-up of benefits may be lower among the poorest families but also lower in neighbourhoods with less poverty and may vary between regions. Research considering ethnicity has indicated that there is less take-up of disability living allowance in some minority ethnic groups.

Bradford is a northern English city which has experienced long-term economic decline and has large minority ethnic populations, predominantly of South Asian origin.  This analysis used data from the Born in Bradford (BiB) cohort study of children born in the city, 2007-10, and their families. BiB contains a range of self-reported financial and material indicators including household income and benefit claims. 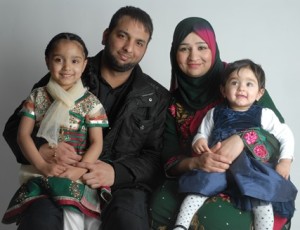 This study classified Lower Super Output Areas (LSOA) in Bradford as ‘white British’, ‘minority ethnic’ or ‘mixed’ based on the self-reported ethnic group of BiB mothers living in the areas.

The analysis found that mothers living in the ‘minority ethnic’ neighbourhoods were less likely to report claiming means-tested benefits than mothers living in areas with large proportions of white British mothers or more ethnically mixed populations, despite having lower recorded incomes. The correlation between IDACI (2010) rank and families’ self-reported material deprivation was also weaker among neighbourhoods with large minority ethnic populations than other areas of Bradford. 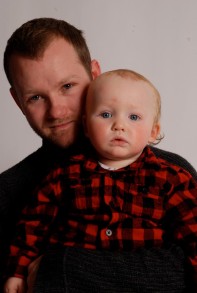 These results from Bradford therefore support the possibility that IDACI may underestimate the level of disadvantage in neighbourhoods of England with large minority ethnic populations, due to ethnic variations in benefit take-up.

These findings should be interpreted with some cautions. A considerable degree of income data is missing in BiB and we do not know whether the accuracy of self-report data for income, benefit-receipt and other socio-economic measures varies between ethnic groups in the study.  The population of Bradford has a distinctive economic history, ethnic characteristics and social geography, so results from this city cannot easily be extrapolated to other places. 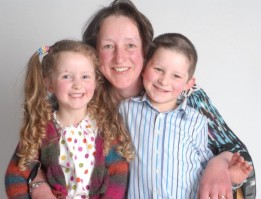 This study focused on the influence of geographical variations in benefit take-up on benefits-based measures of income deprivation like IDACI and the IMD income domain.  However, low income measures based on means-tested benefits are of course also dependent upon policies regarding entitlement.

A notable weakness of the use of benefit receipt for geographical analysis of material deprivation is that the UK benefits system makes only limited adjustments to entitlements to account for regional differences in living costs. Welfare reforms since 2010, have reduced these limited adjustments. 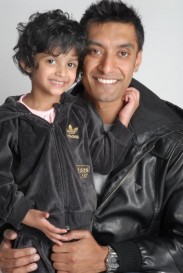 In addition, changes to the system which have introduced a ‘benefits cap’ and new sanction regulations have moved away from the principle of entitlement based on low income. Under the sanction regulations introduced for claimants of Jobseeker’s Allowance and Employment and Support Allowance in 2012, benefits can be stopped, or reduced for a period of time, irrespective of income.

The implications of these sanctions for the use of benefits as indicators of income deprivation are addressed directly in the Technical Report accompanying the 2015 English Indices of Deprivation published by the Department for Communities and Local Government (p108):

“Those adults and their families affected by sanctions, but who otherwise would be eligible for income-based Jobseeker’s Allowance or income-based Employment and Support Allowance, will not be counted in the [IMD income] domain despite meeting the low income criteria.”

All photos of BiB families were taken by Ian Beesley and provided courtesy of BiB.