Why are adolescents that live in areas with high concentrations of tobacco shops more likely to smoke?

Earlier work in Scotland found that adults and adolescents living in areas with high densities of shops selling tobacco were more likely to smoke. Public health researchers have suggested that restrictions on tobacco retail outlet density are a potential ‘new frontier’ in the long-running campaign to achieve a tobacco ‘endgame’. However, the reasons why exposure to greater numbers of tobacco outlets is associated with smoking are unclear and the types of restrictions on retail density that might best support this public health goal are not known. 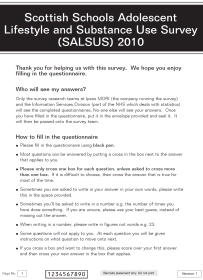 A new study by CRESH has explored possible pathways linking tobacco outlet density to smoking among adolescents. Our work used responses from 22,049 13 and 15 year olds to the 2010 Scottish School Adolescent Lifestyle and Substance Use Survey. Data from the Scottish Tobacco Retailers Register were used to calculate a measure of the density of tobacco outlets around the survey respondents’ homes.

We were interested to know whether adolescents in areas with more tobacco outlets had better knowledge of tobacco products, and so assessed how many cigarette brands they could name. We also looked at whether adolescents in high outlet density areas had more positive attitudes about smoking as it has been suggested that exposure to outlets and the tobacco marketing and purchasing found within them may ‘normalise’ smoking. We examined whether in areas where there are more tobacco outlets it may be easier for adolescents to make underage cigarette purchases. Finally, we considered tobacco price, assessing whether in areas with more tobacco shops, and more retail competition, cigarettes were cheaper. END_OF_DOCUMENT_TOKEN_TO_BE_REPLACED

Teenagers are more likely to smoke if they live in areas with the highest number of tobacco retailers. Our paper led by Niamh Shortt, published today in Tobacco Control, examined the relationship between tobacco outlet density and smoking habits of 13 and 15 year olds in Scotland.   END_OF_DOCUMENT_TOKEN_TO_BE_REPLACED